Regardless of whether you’re a social media guru or only tweet once in a blue moon, it’s hard to deny the impact that social media has on our lives. It has influenced the way we relate to one another, the way we communicate, and the way we present ourselves to the world.

For many, posting comments, checking-in at places, and sharing updates via social media, such as Facebook has become second nature. After all, it can be a convenient and inexpensive way to stay in contact with family and friends.

However, we’ve all witnessed it…

How the implications of a simple relationship status change from “married” or “in a relationship” to –> “single” on Facebook can send digital shock waves across a social group.

The term, ‘Facebook Drama’ has become apart of our modern vocabulary to describe the chaotic mess of contentious information flying over the internet. 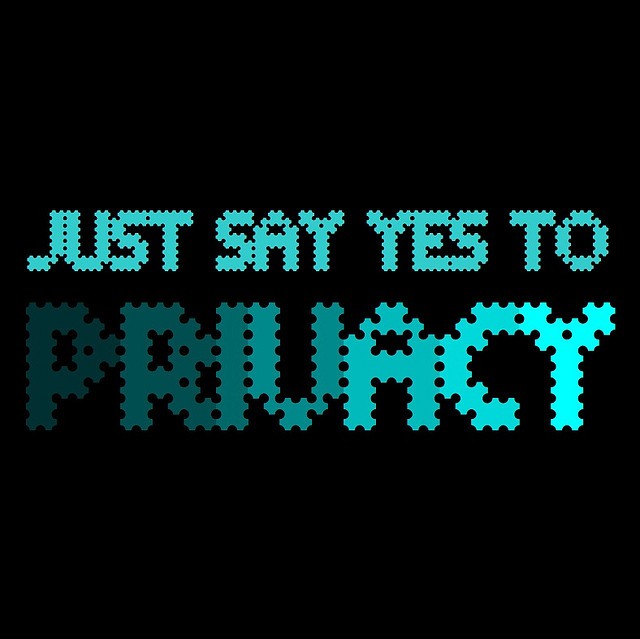 In fact, it’s not uncommon for family law cases, due to their personal and social nature, to make their way onto the Facebook scene. After all, getting a divorce is a significant change in one’s life and having social support can be incredibly beneficial during this time. Therefore, it may seem natural to talk about your divorce and/or soon-to-be-ex on Facebook. It’s especially easy if you’re upset about something and it’s just a click away. Unfortunately, Facebook and divorce, (and other family law situations, such as child custody, for that matter) are rarely a good combo.

So far, there are 4 major areas that social media information has been used in family law and divorce cases:

To illustrate, social media could reveal a spouse hiding assets during a divorce; contradict a party’s claimed income and therefore, impact spousal maintenance (alimony) or child support payments; and/or demonstrate that a child isn’t being properly cared for in a custody case. 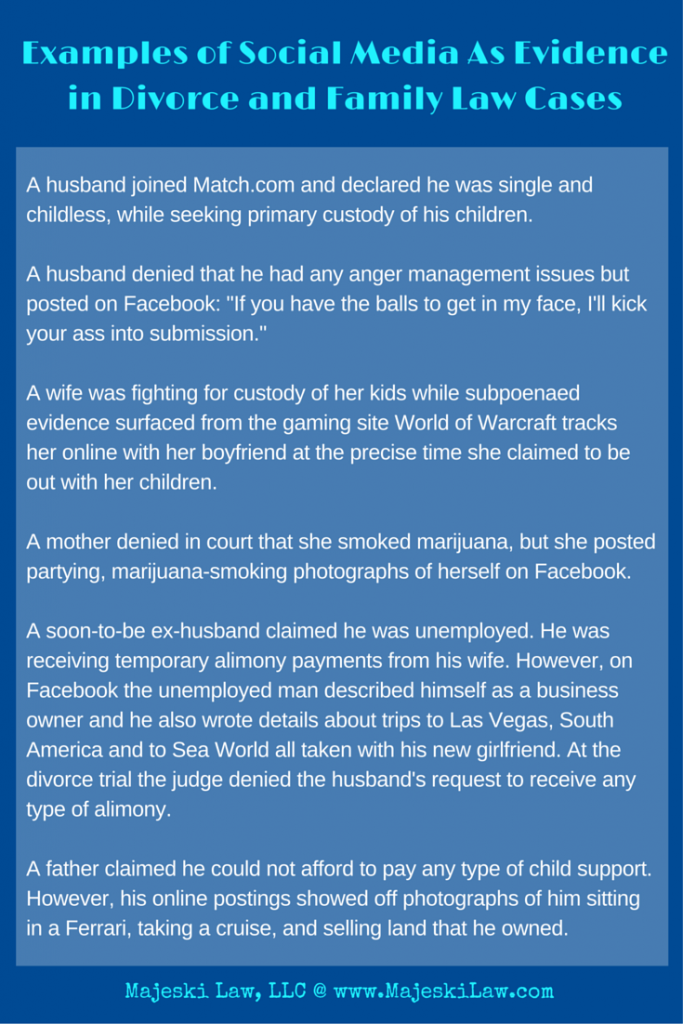 You can imagine how differently some people would talk or behave in these situations if they knew that what s/he was posting was being evaluated and could be used as evidence in a trial.

However, that’s not true.

There is no reasonable expectation of privacy on social media.

In other words, a judge may order production of passwords and anything else needed to access social media accounts and what’s been written in them. In Minnesota, the information on your social media pages can be treated and is treated the same as other, more traditional forms of evidence.

Therefore, you should never post anything without first asking yourself, “Do I want this information to be public and permanent?”

Another question to ask yourself would be, “Would I want the court to have this information?” In essence, every time you post you’re potentially giving the other side information that can be used against you.

2. Related to tip #1, never say anything related to a family law case or an anticipated case, divorce or otherwise, on any social media outlet. In addition, this means you asking your friends and family members not to post anything as well.

Being on Facebook ourselves, we commonly see people asking family law related questions about child support, parenting time, divorce, etc… in support groups or on community pages. It’s understandable that you want to reach out to others that have gone through your situation, but you could be doing more harm than good. You don’t have control over who has access to that information, how it could be used or interpreted. Specific questions should be addressed directly and only with your attorney where your personal information is protected by confidentiality agreements and privacy laws.

3. Do as much as you can to increase your privacy on the internet.

We often hear people say that they “unfriended” their Ex so they’re safe. However, you can have mutual friends who relay information back to your Ex or post pictures of you on their own timeline (which your ex can see). You can try to go back and make a post private, only to find out later that someone took a screenshot of the post when it was public.

Even if you deleted a post, there may be a cached version that’s still retrievable. Obviously, changing passwords, unfriending people close to your spouse, limiting who can “tag” you in photos and post on your timeline, censoring your posts, etc… are all helpful. However, temporarily disabling your account is still safest.

4. Talk with your divorce attorney about your use of social media right away.

This includes being honest and up front about any potentially incriminating posts, blogs, texts, emails, pictures, etc… That way you and your divorce lawyer can be proactive and take steps to reduce harm.

Lastly, although this article is titled Facebook and Divorce, the general guidelines can be and should be applied to all other forms of Social Media, such as: Twitter, Pinterest, Instagram, LinkedIn, Blogging, Texting and Emailing, and apply to other family law proceedings, such as: Child Custody, Child Support, Spousal Maintenance, Paternity Actions, Parenting Time disputes, etc…

For other divorce or family law questions, please consult the list to the left or the FAQ page.  If you’re interested in retaining an attorney to help you, please feel free to contact my office for a consultation using the contact information on the left or the contact form on the Majeski Law home page.